A diverse classic? That’s an extremely vague phrase which could technically be interpreted in countless ways, but I get the gist. In the English-speaking world, the standard literary classics almost entirely come from Europe and the countries which developed from European colonies. It can also be argued that the most famous, mainstream works tend to deal with similar subjects, perhaps from similar or familiar perspectives. This is a chance to discuss a book that either comes from a different cultural milieu or deals with subjects or perspectives that are rare or unique in the Western literary canon.

My choice is a very short book that I have written of once before. It is Ourika by Claire de Duras. It can be read online here: http://slavery.uga.edu/texts/literary_works/ourikaenglish.pdf 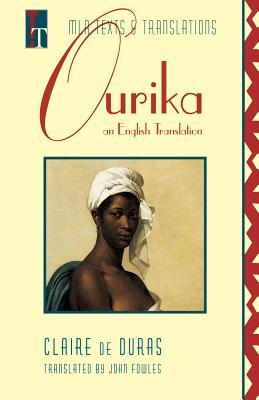 “When I reached the age of twelve, it still had not occurred to me that there could be a different way of being happy. Being a Negress did not bother me. People told me I was charming; besides, nothing warned me that my color was a disadvantage. I hardly saw any other children; only one was my friend, and my blackness did not keep him from loving me.” (4)

This 1828 Parisian book is loosely based on the true story of Ourika, a little Senegalese girl bought as a slave by the French colonial governor and gifted to a wealthy family. In the story, she is raised in luxury, provided with the best comforts and education Paris can provide, and is treated as a beloved daughter. As she grows up, she acquires the mindset and habits of the pre-Revolutionary French aristocracy, even some of their arrogance and snobbery.

“Had I had a future, this inclination would have been dangerous; but I had no future, and I did not know it.” (4)

As a child, she does not pick up on the subtle ways in which her society still views her as an outsider. She is often dressed in “Oriental” garb, and is popular not merely because she is beautiful, intelligent, and charming, but because her society is surprised that such qualities should be present in a black woman.

It is at her debutante ball that she finally realizes that French society will never fully accept her as one of their own. No well-bred white man is willing to marry her, a black woman, no matter how attracted and affectionate he may be towards her. And she has been raised too well to consider any other sort of man. From the age of two she has been raised to be a French aristocratic lady and nothing else, but the subtle realities of prejudice mean that she will never be truly accepted by that society.

Ourika narrates her story with passion, intelligence, and grace, bringing us with her as she seeks a pathway to inner peace through these frustrating and sometimes heartbreaking waters. Eventually she learns not to seek her self-worth in the eyes of humanity, but in the heart of her loving Creator.

This is a lovely but little-known book that deserves to be recognized as a classic. It has value as a unique and well-told story, but also historical value as perhaps the first time a Western author – a woman of the French aristocracy – tried to situate herself within a different racial psyche and understand prejudice from the point of view of the victim. It is a work of empathy, free of condescension, that encourages all readers to look inward at their own unconscious habits and prejudices, and to look outward with compassion at their fellow men and women.